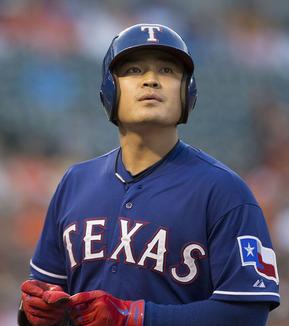 Choo Shin-Soo (추신수; b. July 1982) - the best Major League Baseball (MLB) position player (non-pitcher) of Korean ancestry, Choo has been a MLB outfielder since 2005. He is currently with the Texas Rangers, but he has also played for the Seattle Mariners, the Cleveland Indians, and the Cincinnati Reds. By the end of the 2018 MLB season, his overall vital MLB statistics include .276 batting average, 1,496 hits, and 189 home runs, allowing Choo to surpass Hideki Matsui (175 MLB HRs) for the most home runs by an Asian-born player.

In 2018, Choo became the third Korean player to play in the MLB All-Star Game (Park Chan-Ho in 2001 and Kim Byung-Hyun in 2002). Also in 2018, he reached base in 52 consecutive games, which is reported to be the longest single-season streak in Texas Rangers history.