Choi Mu-Seon (최무선; b. 1325 - d. 1395) - this scientist and inventor is credited with the production of Korea's first gunpowder and cannons during its Goryeo/Koryo Dynasty (918 to 1392), thereby reportedly being instrumental in establishing the necessary weaponry and defense system in order to repel foreign invaders and protect Korea's borders well into the Joseon/Chosun Dynasty (1392 to 1897). 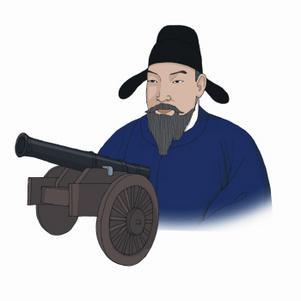