​Chloe Kim (김선; b. April 2000) - the only Korean-American to win a gold medal in the Winter Olympic Games (PyeongChang, South Korea 2018) representing the United States, Ms. Kim is the Olympic champion in the women's snowboard halfpipe event. As a 17 year-old, she is also the youngest woman to win an Olympic snowboarding medal. 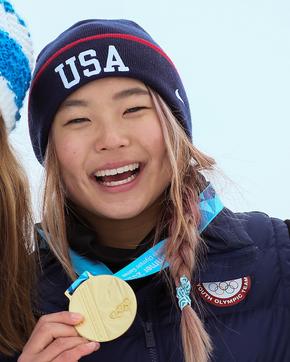