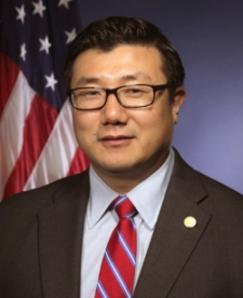 ​Byung-Jin "BJay" Pak (b. circa October 1974) - in September 2017, Mr. Pak was confirmed by the U.S. Senate as the new U.S. Attorney for the Northern District of Georgia in Atlanta. He is believed to be the first Korean-American U.S. Attorney in the United States.

Mr. Pak had previously served in the Georgia House of Representatives as a Republican from 2011 to 2017 (the state's first Korean-American legislator), and also as an Assistant U.S. Attorney from 2002 to 2008 in the same Northern District of Georgia office which he now heads.