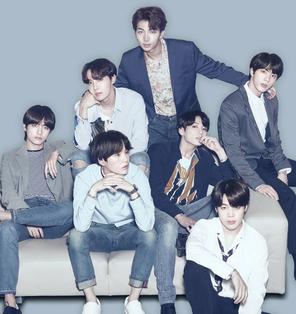 BTS (방탄소년단; Bangtan Boys, translated as Bulletproof Boys) - since their debut in 2013, BTS has become the top K-Pop sensation worldwide, with huge multicultural fanbases. Aside from winning several New Artist of the Year awards, several of their songs became Billboard 200 hits, and in 2018, their third album, Love Yourself: Tear, debuted at #1 on the Billboard 200, making them the only K-Pop act to achieve this milestone.

Also in 2018, BTS was ranked #1 on Forbes Korea Power Celebrity list, as well as being the youngest ever recipients to be awarded the Order of Cultural Merit from the South Korean government. In September 2018, BTS, as ambassadors for UNICEF, even gave a speech at the United Nations, and in October 2018, Time magazine featured the K-Pop icon on its cover, naming them one of the "Next Generation Leaders".