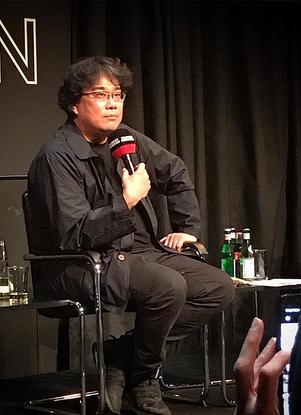 Bong Joon-Ho (봉준호; b. ​September 1969) - as a screenwriter and film director, Bong has been recognized as the preeminent Korean filmmaker, as evidenced by Parasite (2019), which has won the Palme d'Or at the 2019 Cannes Film Festival and the Best Foreign Language Film at the 77th Golden Globe Awards (the first Korean film to do so on both fronts).

​Bong is also known for his cross-cultural and -language films such as Okja (2017), which was also nominated for the 2017 Palme d'Or, and Snowpiercer (2013). His directorial debut was Barking Dogs Never Bite​ in 2000.