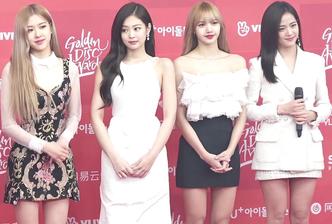 Blackpink - debuting in 2016, Blackpink is the South Korean ladies K-Pop global sensation, being the highest-charting female K-Pop act on both Billboard Hot 100 and Billboard 200 in 2018. With their international popularity spreading widely within the U.S., they have also appeared on various American television shows, including Good Morning America and The Late Show with Stephen Colbert. Blackpink also performed at the 2019 Coachella Festival, the widely-popular annual music and arts festival in California.