An San (안산; b. February 2001) - ranked as the world’s best female archer (as of Sept. 2021), An won three gold medals at the 2020/21 Summer Olympics - in women’s team, mixed team and individual events (including a new Olympic individual points record) - becoming the most accomplished archer in Olympic history by achieving such a feat at a single Olympic Games.
An also received gold medals at the 2019 Archery World Cup in Berlin and at the 2021 World Archery Championships in the U.S. (Yankton, South Dakota - home of the National Field Archery Association). 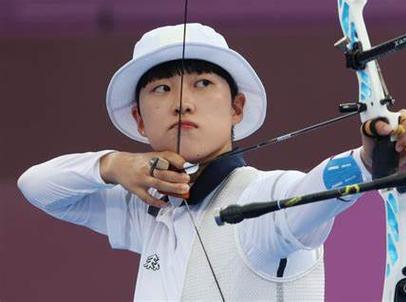